Heart of Darkness: A Filmmaker’s Apocalypse

Although Apocalypse Now is set within the historical backdrop of the Vietnam War, it is not historically accurate in the timeline of the war. However, where the movie lacks in factual evidence, it makes up for in its psychological portrayal of the war and the personal effects that it had upon the soldiers.

The characters throughout the movie are completely fictional and are not based upon any historical figures. The movie is accurate in the sense that both Captain Benjamin L. Willard and Green Beret Colonel Walter E. Kurtz are based off characters from the novel Heart of Darkness. Willard is based upon the protagonist Joseph Conrad, whereas Kurtz is obviously based upon Kurtz. Although the rest of the characters in the movie are fictional, they do represent the lives of real people who experienced the Vietnam War. The four soldiers that accompany Willard on his mission represent a cross section of Americans that were drafted at the time.

The geography of the movie is fairly accurate. Saigon was the capital city o 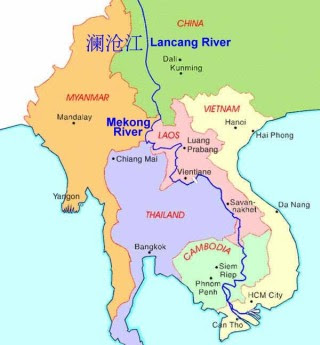 f South Vietnam. Nha Trang, the site of intelligence compound and airfield in the movie, is a real city, however, it is not known whether or not there was an intelligence operation stationed there during the war. The Nung River, on the other hand, is completely inaccurate. The river does not exist, but it does represent the Mekong River. The North Vietnamese village at the mouth of the river, know by the soldiers at “Charlie’s Point,” is also not a real location. The location of the U.S. base supply depot at Hau Phat is also not a real location. In addition, the last Army outpost on the river at the Lo Dung Bridge is not real.[1]

The vehicles used throughout the movie were accurate to the Vietnam Era. U.S. Navy plastic patrol boats (Mark I P.B.R.s) were used extensively throughout the Vietnam War as the primary vessel used for riverine operations. B-52 Stratofortress airplane bombers were also used throughout the war to conduct air strikes against the Viet Cong, breaking up their offensives and disrupting supply lines. The Huey (Bell UH-1) helicopters first began to be used during the Vietnam War to transport troops, equipment, and supplies into the field, as well as function as medevacs.[2]

The above clip from the movie accurately shows how prevalent television crews were during this war. The Vietnam War was the first war to be televised on a daily bases to the American public and it had a huge impact upon their perception and opinions on the war.[3]

This clip accurately shows the chaotic and senseless nature of war through this attack on a quiet North Vietnamese town. The scene in the courtyard with the soldier wounded in action accurately depicts what occurred on a daily basis to numerous American soldiers. In addition, the subsequent bomb attack made by the North Vietnamese woman also accurately shows the dangers of guerrilla warfare that soldiers had to face.[4]

Another accurate portrayal made by the movie was the representation of the leisure activities of the soldiers. Jay “Chief” Hicks is often shown smoking weed and even purchases “Panama Red,” a type of cannabis, at the U.S. base supply camp. Aside from dope, Lance B. Johnson also takes LSD and sets off a “Purple Haze” flare, which is a type of LSD. These numerous references to drug use is a highly accurate representation of the rampant drug use by American soldiers during the war.[5]

The movie is also accurate in its depiction of the madness that many of the soldiers suffered during the war. At the beginning of the movie, Chief Phillips tells a story of an army officer who went mad and shot himself in the head. Chef also has a brief mental break down after his encounter with the tiger in the forest. In addition, all five men slowly succumb to madness as they travel deeper into the jungle and darkness.

In conclusion, Apocalypse Now is accurate is the smaller general details of the Vietnam War. However, in the larger context and timeline the movie is completely inaccurate.